Inicio » Novedades » Argentina – Israel: an opportunity for companies from both countries

Argentina – Israel: an opportunity for companies from both countries

Argentina offers favorable conditions linked to the supply of raw materials and products that the world needs, and will require the technology that highly developed countries, such as Israel, can provide.

In every crisis there is an opportunity, and the current complex global context is not an exception. The international community has growing needs and the countries that can solve these requirements will have an excellent development field.

In this framework, Argentina offers favorable conditions linked to the supply of raw materials and products that the world requires. In addition, the country provides technological development capacity to the international knowledge industry, through local companies and professionals.

In order to take advantage of the opportunity offered by the world crisis and enhance its productive capacity, Argentina requires and will require the technology that highly developed countries, such as Israel, can provide.

Which leads to consider the registration of trademarks and patents in Argentina and Israel. Also to get advice on the regulatory framework and local legal conditions for business activity. A service that we provide from Vitale, Manoff and Feilbogen, jointly and complementarily with law firms and corporate lawyers from all over the world.

Beyond the temporary conditions linked to a current inflationary process, the country shows growth indicators.

Industrial activity marked an increase of 8.1% year-on-year in May 2022. In this sense, the Argentine Confederation of Medium-sized Enterprises (CAME) presented its monthly report on SME industry, detailing that manufacturing production increased by 3.2% annual in the same period, at constant prices.

While the use of the installed capacity in the industry, exhibited a level of 68.4%, higher than the index registered in May 2021 (61.5%), according to what was reported by the National Institute of Statistics and Census (INDEC).

In relation to foreign trade, during the first quarter of 2022, Argentina’s foreign sales increased by 25.6% year-on-year, with greater dynamism in the following segments:

This was reported by the Chamber of Importers of the Argentine Republic (CIRA), highlighting that the products that most contributed to the increase in foreign sales were wheat, oil, corn, biodiesel and barley.

The pharmaceutical industry deserves special consideration based on the development of this sector in Israel.

INDEC reports that in the first quarter of 2022, the total turnover of the pharmaceutical industry in Argentina registered 164,783.5 million pesos, which represents an increase of 48.2% in relation to the same quarter of 2021.

The Industrial Chamber of Argentine Pharmaceutical Laboratories (CILFA) reveals that the sector produces 690 million units/year, of which 68.4% is produced by national laboratories. This indicates that 31.6% comes from foreign laboratories. Without a doubt, an extremely interesting market for all companies interested in developing biotechnological and bioengineering projects linked to human health.

In terms of destinations, the CIRA explains that Argentina exports to the United States increased 65.3%, to China 29.9%, to the European Union 20.3% and to Brazil 1.7%.

Regarding imports, beyond the current complications, the recovery of foreign purchases that has been recorded since 2021 is mainly explained by the rebound in post-pandemic economic activity. The increase in GDP in 2021 was 10.3% and imports recovered 49.2%, after three years of decline.

Recently, in April 2022, the President of Israel, Isaac Herzog, received an Argentine delegation of ministers, governors and representatives from 10 provinces.

The Israeli delegation was made up of the Israeli ambassador in Argentina, Galit Ronen, the diplomatic adviser, Tzvi Aviner-Vapni, the designated ambassador, Eyal Sela, the presidential adviser, Shirley Heler, the person in charge for Latin America and the Caribbean of the Foreign Ministry, Einat Kranz-Neiger, the director of the South America department, Sharon Kabalo, and the honorary consul of Israel in Córdoba, Entre Ríos, Santa Fe and Tucumán, Andrés Orchansky.

The delegation visited the main water management companies for production and human consumption, as well as the main scientific-technological centers in Israel.

In this framework, the agreement signed with the Weizmann Institute of Sciences was highlighted, the agreement on the export of meat to Israel was valued, and the advances in terms of technological exchange for the multiplication of irrigation in Argentina were reviewed.

In this regard, the Argentine Interior Minister, Wado de Pedro, highlighted the country’s productive potential: «Argentina has two million hectares in production under irrigation systems with a projection that can extend that area to 6 million,» he said. For his part, Israeli President Isaac Herzog added: «With the resources that Israel has and the resources that Argentina has, if we cooperate we can feed the world.» They all agreed that both countries have complementary economies that should come together to boost production and employment.

Partner of Vitale Manoff and Feilbogen 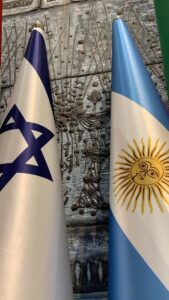 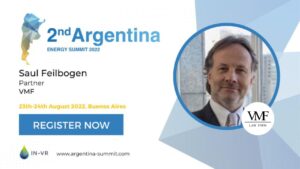 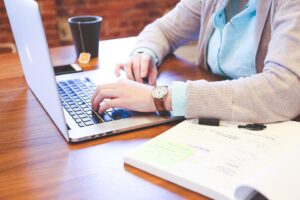 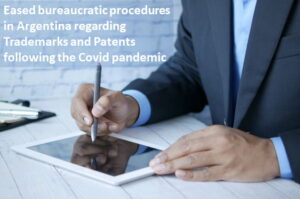 The last pandemic, with all its terrible consequences, has brought flexibility to the formalities applied by the Argentine Trademark and 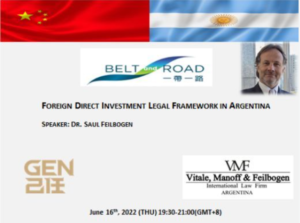 Saul Feilbogen, Partner at Vitale, Manoff & Feilbogen, had the honor of participating as a Speaker in a webinar organized by GEN